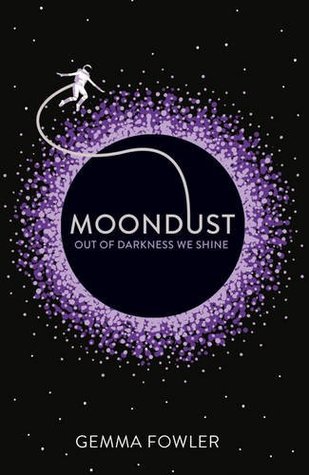 Fed up with reality? Create your own.

I have a very low tolerance of reality. I think it’s the reason I wanted to become a writer. It’s definitely the reason I chose to write sci-fi and fantasy stories. Why write about this familiar old world when you can escape into your very own?

World-building is my absolute favourite thing to do. I’m filled with glee at the prospect of building and crafting a detailed alternative society with its own quirks and traditions, and then setting about slowly destroying it. *evil laugh*

The world I built for Moondust is a reflection of our own: a future Earth that feels familiar and strange at the same time. I wanted to tackle issues that we might actually face one day – like the energy crisis – but I also wanted the United Earth to have an otherworldly quality, a style, for want of a better word.

Colour is a huge part of Moondust’s world. Lunar Inc’s ‘rainbow’ was one of the first things I had in my head. Before the story, before Aggie, I imagined a colossal lunar base covered in bright, bold, intimidating colours under an oppressive black sky. I used that feeling to test characters and scenes as I got down to writing. If a person or a setting wasn’t in keeping with Moondust’s rainbow feel, it (or they) didn’t make the cut.

Building a world is so much more than the words and scenes that make it into the final edit. You need to colour your world in other ways, give it its own history and culture. I didn’t realise this would lead to mood boards and maps and logos for things that readers will probably never encounter (well, maybe you don’t have to do the logos, but I did).

For example, I can tell you that Seb’s favourite band is called Sonic Nugget and they sound like kitchen utensils being thrown down a spiral staircase. The frozen custard brand that Aggie and Seb love so much is called Pluto’s, and they serve their desserts upside down to show how thick the mixture is (something I stole from a real frozen custard place called Ted Drewes in St Louis).

Keeping track of all these details can make your brain feel like it’s in a blender.  So I created my own ‘Lunarpedia’, documenting the history of the United Earth, of FALL, and of Lunar Inc. I’ve written the word count of Moondust over again just to fill in the blanks in a complex history of a world that only exists in my head. How awesome (and exhausting) is that?

The United Earth, Aggie and the Lunar Inc. base lived in my head until March 2nd, when Moondust finally made it out into the world. Creating a world is good, but sharing it with readers is just amazing.

Mood board alert! You can check out my Moondust boards on Pinterest here:
https://uk.pinterest.com/gemf/united-earth/

Gemma Fowler is the author of Moondust, out now, priced £6.99.