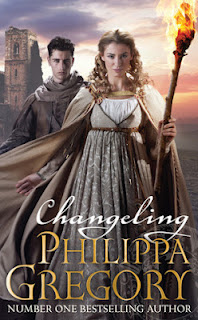 Publisher: Simon and Schuster
Published: 1st January 2012
Pages: 272
Synopsis:
Italy, 1453. Seventeen-year-old Luca Vero is brilliant, gorgeous—and accused of heresy. Cast out of his religious order for using the new science to question old superstitious beliefs, Luca is recruited into a secret sect: The Order of the Dragon, commissioned by Pope Nicholas V to investigate evil and danger in its many forms, and strange occurrences across Europe, in this year—the end of days.

Isolde is a seventeen-year-old girl shut up in a nunnery so she can’t inherit any of her father’s estate. As the nuns walk in their sleep and see strange visions, Isolde is accused of witchcraft—and Luca is sent to investigate her, but finds himself plotting her escape.

Despite their vows, despite themselves, love grows between Luca and Isolde as they travel across Europe with their faithful companions, Freize and Ishraq. The four young people encounter werewolves, alchemists, witches, and death-dancers as they head toward a real-life historical figure who holds the boundaries of Christendom and the secrets of the Order of the Dragon.


Review:
I had such high hopes for this book. I love historical fiction and this sounded like such an awesome concept but even without reading any of her other work, this was very obviously dumbed down for a younger audience. There was repetitive dialogue that distracted from the action, simplistic explanations and not nearly as much magic as I was led to believe. Set in a time where religion run mad with crazy superstitions, it sounds like a perfect setting for mystical goings on but there was none of that, only corrupt authority figures. And while Philippa Gregory does exploit this ridiculousness and use her historical knowledge well without bogging the reader down with details, it turns out to be boring and normal! Completely misleading synopsis!

Any frequent readers of my blog will know I have to fall for the characters of a book. In some ways I can understand the simple characterisation, at least for Isolde, as women were domestic and obedient. And maybe it was just my love for a strong heroine, but she annoyed me a few times. Yet there is no excuse for the men! Luca had such promise but I don't know whether it was his typical attitude towards the women, which was to be expected or just not very good characterisation, but I could not bring myself to believe in him, no matter how much I wanted to.


One thing I could not fault, God knows how this happened, was the secondary characters of Freize and Ishraq. Freize was funny and a little bit stupid but in an adorable way. 'I will be damned  and double damned if I ever understand how women think'. Love his interactions with Ishraq! And she intrigued me; I wasn't aware that women, in that time and her religion, were able to be educated like she was. Even though I only warmed to her about half way through, she was most interesting character - she reminded me of Djaq from BBC's Robin Hood.


The dual narrative worked well to draw the two main characters together. But the two adventures, one nunnery and one werewolf, were rushed and a little awkward which meant I was confused half the time. I really wanted to like this book and I did enjoy it, but not as much as I had hoped. Easily recommended though!
Posted by Anya at 14:28