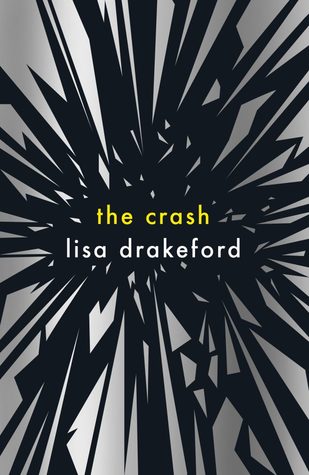 Today we have a brilliant guest post from Lisa Drakeford, author of The Baby and The Crash. I adored both of her books, and they are so very different but gripping. Review of The Crash to come soon but right now, I'll hand it over to Lisa.

My Dream Movie Cast for The Crash

Ok, so I’m now the most powerful casting director in the world, because I can currently conjure up actors from any era. It’s a hard life, but somebody’s got to do it. I’m about to find actors who will play the five main characters in The Crash. Obviously they’re available!
Please mop my brow and feed me grapes as I make my decisions ...

Gemma: She’s snippy and prickly but gorgeous. She’s damaged and hard to love, but actually, strangely loving.
And the lucky actress is … Cara Delevingne from Paper Towns.

Tye: He’s strong, he’s funny and he’s a good best friend. He has a few secrets but he’s gradually dealing with them.
This time I’m going for Nathan Stewart Jarrett. He played the delightful Curtis in Misfits; perfect for the part.

Harry: Reliable but guilt ridden. Loyal and artistic. The best brother in the whole wide world and totally submersed in love.
A no-brainer here … Dylan Minnette, the actor who played Clay in Thirteen Reasons Why.

Sophie: A fab best friend but also riddled with guilt. She’s on a mission but gets somewhat distracted. Gets on with life despite some hard knocks.
I’m going for Katelyn Nacon who plays Enid in The Walking Dead. (Obviously she’ll have to change her accent.)

And finally, young Issy: The shyest, quietest member of the cast with the biggest, darkest secret. There’s a depth to Issy which nobody knows about. But eventually the truth has to come out and that’s when she finds her courage.
It’s obviously … Milly Bobby Brown – Eleven from Stranger Things, of course.

So, that was fun. Casting Direction could well be the dreamiest job ever. Is it too late to switch career?

Lisa Drakeford is the acclaimed author of The Baby, which was shortlisted for the 2014 Times/Chicken House Children’s Fiction Competition. Her new novel, The Crash, is out now priced £7.99.
Posted by Anya at 09:00