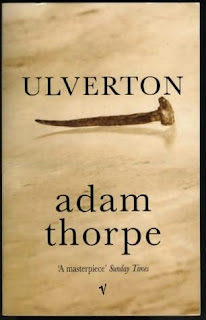 Made up of twelve self-contained narratives set in the fictional village of Ulverton from 1650 to 1988, each section of the novel, with the exception of the final chapter, has a narrator who is also the principle character. Chapters take the form of a diary, a narrators stream-of-consciousness, a series of letters and a traditional first person narrative.
Ulverton is extraordinary in scope and ambition and the imaginative way that it deals with three centuries of seemingly authentic private experiences in rural England.


Review:
Another set text for university but honestly, I think I would have picked this up anyway: historical fiction is just about my favourite genre. The intertwining plots and family histories make the story incredibly interesting and while some of the chapters were a little hard to understand because the narrator was illiterate, this book did not disappoint.

Each chapter has a different feel, both due to the century it is set in and the characters it focuses on. Said characters span all classes, all ages, all levels of literacy! Typical of rural life, they all appear to know each others business, or at least like to encroach upon it! You really do have to keep an eye out for familiar names or places because you have no idea how this may or may not bare significance for the future.

Struggled through some entries - yes, because their spelling was awful! - but well worth it.
Posted by Anya at 16:51