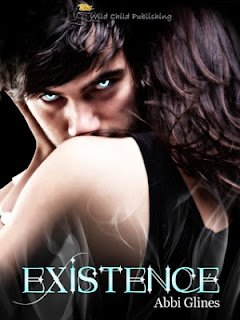 Publisher: Wild Child Publishing
Published: 13th December 2011
Pages: 194
Format: ebook
Synopsis:
What happens when you're stalked by Death? You fall in love with him, of course. Pagan Moore doesn't cheat Death, but instead, falls in love with him.
Seventeen year old Pagan Moore has seen souls her entire life. Once she realized the strangers she often saw walking through walls were not visible to anyone else, she started ignoring them. If she didn't let them know she could see them, then they left her alone. Until she stepped out of her car the first day of school and saw an incredibly sexy guy lounging on a picnic table, watching her with an amused smirk on his face. Problem is, she knows he's dead.
Not only does he not go away when she ignores him, but he does something none of the others have ever done. He speaks. Pagan is fascinated by the soul. What she doesn't realize is that her appointed time to die is drawing near and the wickedly beautiful soul she is falling in love with is not a soul at all.
He is Death and he's about to break all the rules.

Review:
This is the story of Pagan, the teenage girl that can see lost spirits. But then all of a sudden, one surprises her by actually speaking to her, which proves annoying at school. Then the soul is real! Really at her school, talking to other people, instead of just bugging her! This was the start of something that could have been awesome, a soul that wasn't a soul but something different. Unfortunately, it was really confusing and I almost skipped over the fact that this soul was suddenly real! Then there was a car accident that was a miracle she survived, even though she should not have. And Dank, the soul that isn't a soul, was being all brooding bad-boy, flirting with other girls but saying he really liked Pagan. Then she sent herself to a mental institute for no reason... yeah, this is what I felt when reading it.

I had such high hopes for this. It was an fascinating concept, Death being a teenage boy that falls in love, plus I've read Abbi Glines before and loved it, but this one fell short. It started out fine, if a little slow and confusing - just expecting the reader to understand that Pagan could see dead people - but all the little details, like the dead people thing and the seatbelt thing in the car accident took too long to piece together. And considering the whole Death thing is in the synopsis, it took Pagan way too long to put that together - I was on nearly 90% when she finally figured it out!

Even though I started out enjoying it, too many little things annoyed me. Like, stupidly, their names. What kind of name is Pagan? Or Dank? Or Leif? All in all, I really wanted to like this and even though I did actually like the characters, the story was almost too long-winded to keep up with all the small dramas that turned out to be important then not, and the huge events that were brushed over like they were nothing.

This went towards my ebook challenge.
Posted by Anya at 11:33